About 430 children in foster care across Arapahoe, Douglas and Jefferson Counties

Maryanne Grant’s journey to becoming a foster mom started with her work as a court-appointed special advocate, otherwise referred to as “CASA.”

About 430 children in foster care across Arapahoe, Douglas and Jefferson Counties

Maryanne Grant’s journey to becoming a foster mom started with her work as a court-appointed special advocate, otherwise referred to as CASA.

These volunteers are appointed by a judge to advocate for a child's best interest in court, often helping advocate for children who have experienced abuse or neglect, according to the National CASA/GAL Association for Children.

“I was a CASA and I always just felt like I wanted to do more — bring them home with me, and I couldn’t,” said Grant, adding that she is single. “I knew I wanted to be a mom, and it just seemed like the next step.”

Grant became licensed in November 2021, and she currently has a 13-year-old foster daughter who has been in her care for the past three months. She said she had another teenager before that.

Always looking for something fun to do, when Grant heard the Collaborative Foster Care Program would be hosting an appreciation event for foster care and kinship families on Aug. 13 at Sheridan Community Park, which is not far from where she lives, she decided to attend with her family.

The group of four were among hundreds of people at the carnival-themed event, which featured a variety of attractions including large inflatable bounce houses, carnival games, face painting and balloon twisting, and a dunk tank.

One of the most popular attractions of the event was a large foam machine that created a giant pile for people to run through, resulting in many foam-covered children running through the field. 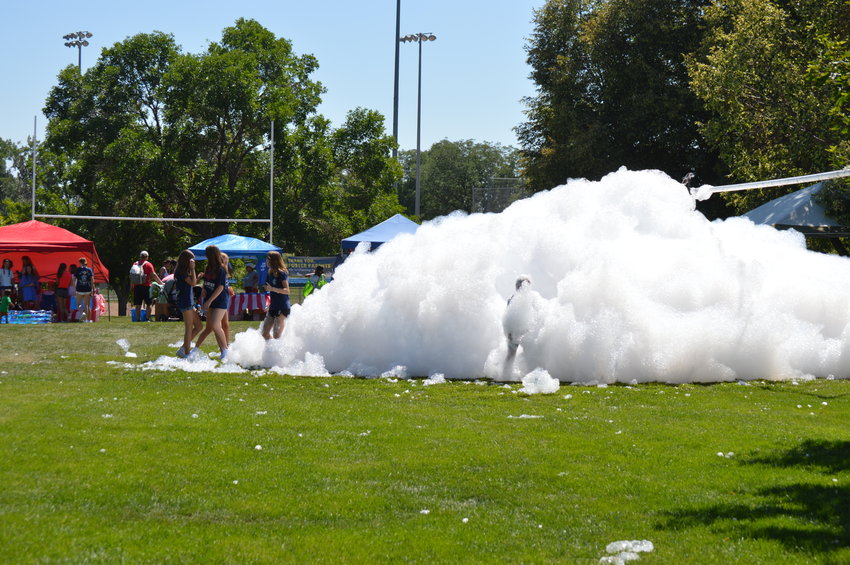 A giant pile of foam was one of the most popular attractions at the Aug. 13 appreciation event at Sheridan Community Park. 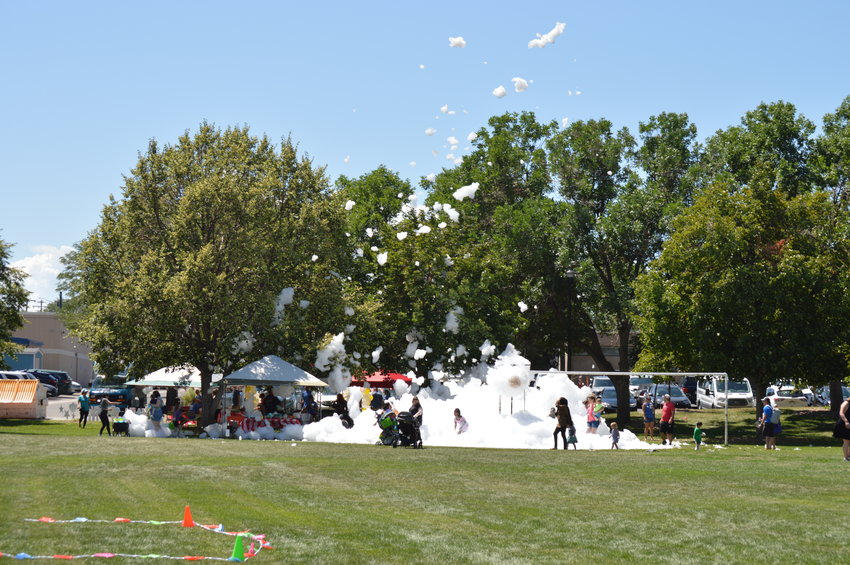 Pieces of foam floated to the sky as wind blew during the Aug. 13 appreciation event at Sheridan Community Park. 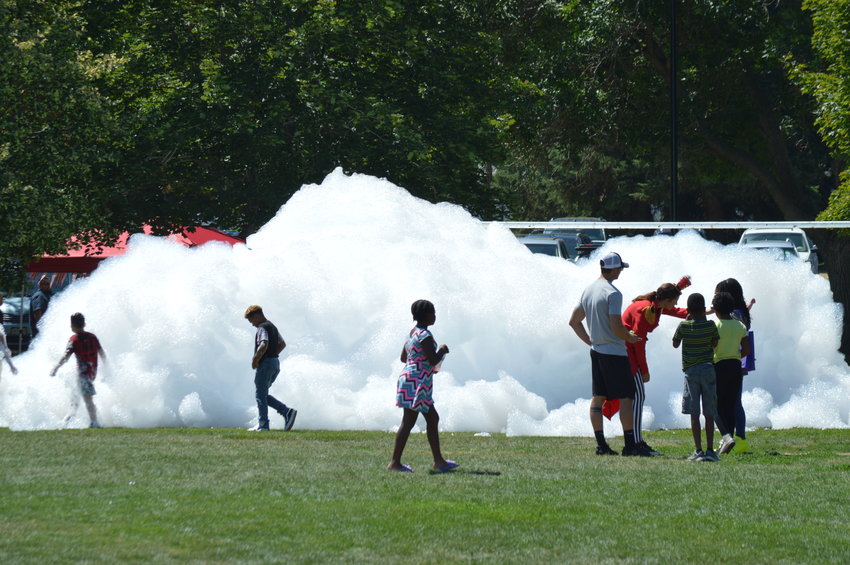 A giant pile of foam was one of the most popular attractions at the Aug. 13 appreciation event at Sheridan Community Park.
Previous Next

“We traditionally, pre-pandemic, hosted appreciation events once a year … for all of our foster and kinship families. And it’s just to give them a space to come together and connect,” said Logan Ellett, a supervisor at Collaborative Foster Care Program. “It’s just to show them how much we care for them and appreciate them.”

“On any given day, there are about 430 children in foster care across the three counties,” Wolfe said.

Ellett estimated the program has about 180 certified foster and kinship families, with kinship families making up about 30%. Certified kinship families, she explained, are those who choose to take in someone who is biologically related to them or who they have a connection to, whether it be as a teacher, neighbor or friend.

One of the challenges the program faces is recruiting foster families, especially finding families who are interested in caring for older children and teenagers, Ellett said. There are about 50 to 80 children waiting for placement across the three counties on any given day, she said.

Wolfe hoped families felt seen and celebrated at the event, recognizing the volunteers and community members who showed up to help support the families. 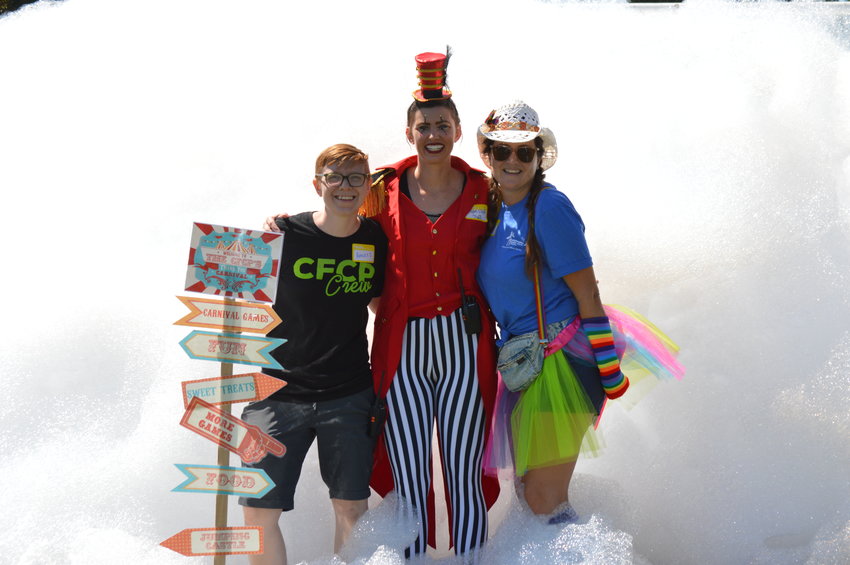 From left to right: Hayley Wolfe, Logan Ellett and Jaalah Neerhof of Collaborative Foster Care Program smile as they stand in front of the pile of foam at the Aug. 13, 2022, event. 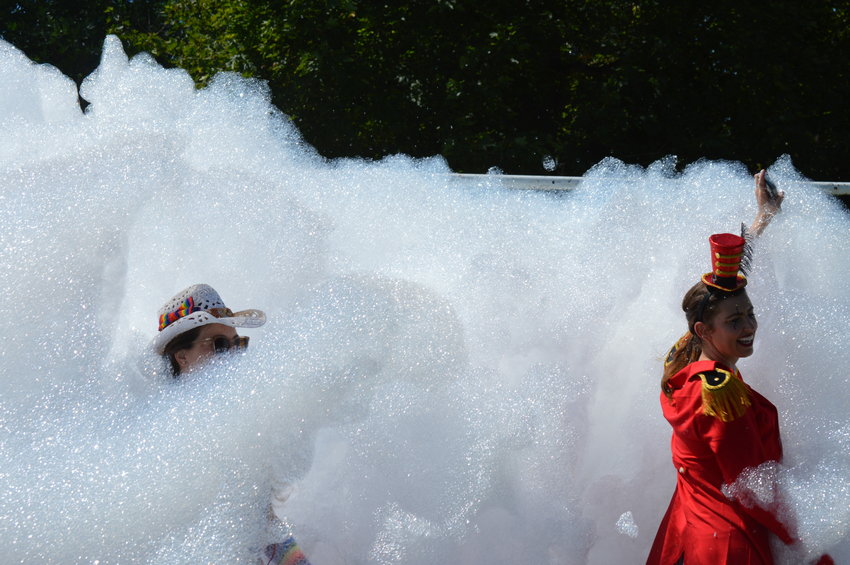 Jaalah Neerhof and Logan Ellett dance in the pile of foam during the Aug. 13 event.
Previous Next

Among those celebrating and recognizing the hard work of foster parents was Robert Hansen, otherwise known as Magic Rob, who performed a magic show at the event.

Before working full-time as a magician, he said he worked at a treatment center as a counselor for kids with behavior disorders.

He said he felt very lucky to be part of the event, which he called amazing. “These are my people,” he said. 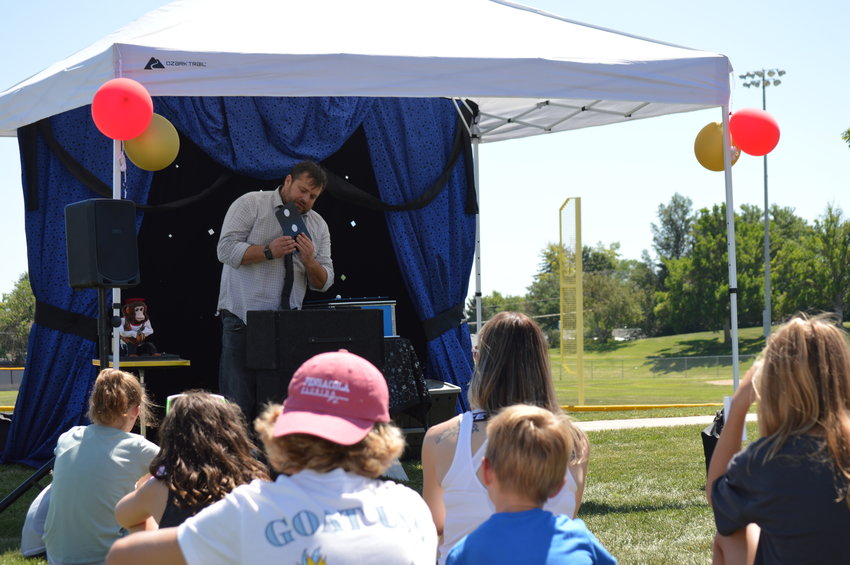 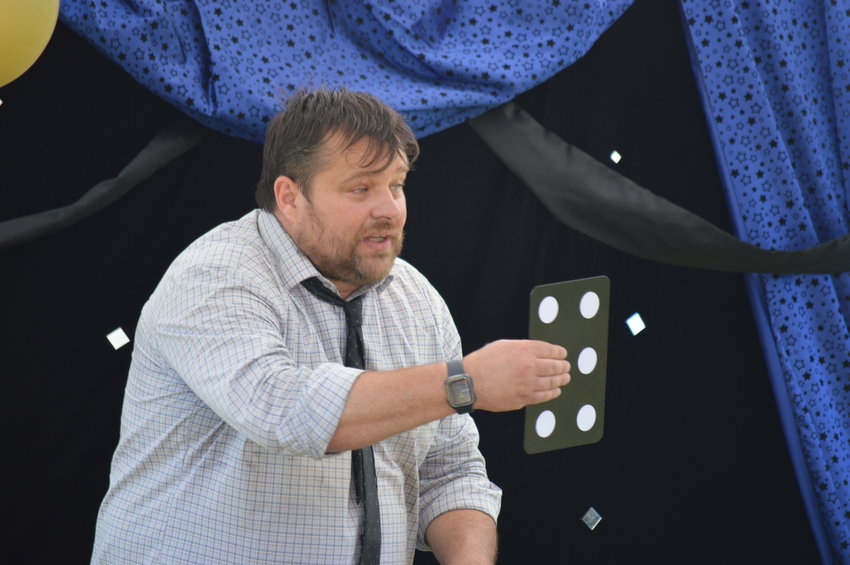 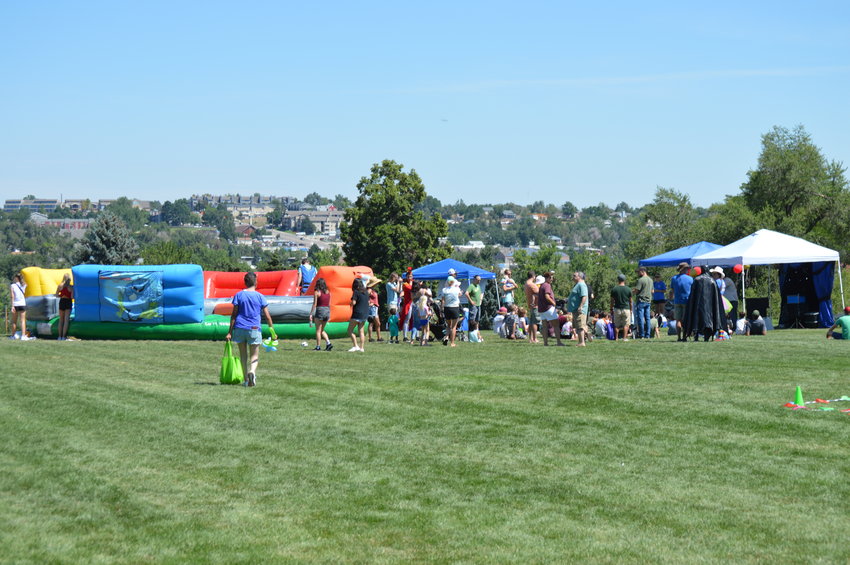 One of Ellett’s favorite parts of the day was seeing people smiling who she knows typically don’t, she said.

“We hope they just take some joy away from this,” she said. “I hope they gain connections with other people. I hope they know that even though we typically interact with them in a different fashion, that we love them and support them.”

Seeing other foster families was a highlight for Grant, she said as she sat underneath a tree and watched the three girls running around and enjoying the event.

“I just think it’s really nice to be with people who get it,” Grant said, adding that she recognizes a lot of people at the event from previous virtual meetings.

“We all get that it is really, really hard,” she said. “When we can have a good day, it’s like, it makes those hard parts seem not so terrible.”

Grant said some of the difficulties of being a foster parent includes navigating the behaviors and therapy needs of the child, as well as any potential triggers.

Just recently, she took her foster daughter somewhere and a young child asked where the foster daughter’s parents were. Grant said it broke her heart.

However, at this event, she knew she didn’t have to worry about anyone asking something like that. It was nice to be able to relax and allow the kids to do their own thing, she said.

Having a support system with other foster care moms has also been important, Grant explained. For example, she knows another foster parent who lives nearby and is also single, and she said they help one another take care of each other’s foster kids.

“We call it co-parenting,” Grant said, saying she can be an aunt-type figure for the other foster kids. “This community is one of the best things about it.”

“This is family, you know — like our version of it,” she said. “Chosen family is just as important as blood family.”

Those interested in learning more about the Collaborative Foster Care Program can visit: collaborativefostercare.com.

Consumers encouraged to keep some holiday spending local
Reality is simple: Local businesses are at a disadvantage when competing with the price and convenience of Amazon and online shopping offered through the big-box stores such as Walmart and …