Development would be built on lot that currently holds Sam's Automotive

During the June 9 meeting, one resident asked whether the developers had information about the Oxford Avenue Pedestrian Bridge, and if they knew why the project keeps getting postponed. Mike Kibbee, who lives in the Englewood area, said that the project is a city issue.

The bridge is a City of Englewood project that would create a bridge across West Oxford Avenue between South Santa Fe and South Navajo Street. It aims to improve pedestrian and bicycle access to the RTD Light Rail Station, located at 4101 S. Windermere St., and would allow an increase in green signal time for West Oxford Avenue traffic through the Windermere Street and South Navajo Street intersection, according to the project’s webpage.

On June 1, Englewood Public Works posted its 16th monthly update regarding the project on the project’s webpage and said that city staff is working to find additional sources of funding for the project to move forward with construction. Additional funding is needed because the lowest bid the city received for the construction contract was still higher than the engineer’s opinion of probable cost, according to the webpage.

Phil Workman told residents that the project is something the development team would like to work on in collaboration with the community.

“Let’s go after the city with RTD. Like, ‘Where are we folks?'” Workman said. “Certainly, we could be advocates with you for our community as well.”

To find more information about the project, visit its online webpage at: engaged.englewoodco.gov/oxford-ave.

Editor's note: This story has been updated to clarify that developer Embrey Partners plans market-rate housing at Oxford Avenue and Navajo Street, with no current city requirement for affordable housing.

Embrey Partners, a real estate investment company that has built more than 10 properties in Colorado, aims to build a 396-unit townhome and multi-family housing complex in Englewood on a lot near West Oxford Avenue and South Navajo Street.

The property is approximately 8.4 acres and currently is home to businesses like Sam’s Automotive Reconditioning Center, located at 1314 W. Oxford Ave. Development plans have been in progress for about a year, said Phil Workman, a partner at The Pachner Company, which handles community engagement for the development.

Originally, Embrey Partners proposed building two four-story multi-family buildings, amounting to about 555 units. However, after conducting a neighborhood meeting with residents who voiced concerns that the development was too big and bulky, the developers changed the plan, said Chris Alvarado, the vice president of development at Embrey Partners.

“We listened to that and, you know, we’ve done a lot of things to try to improve that,” Alvarado said. “We definitely toned it down a lot.”

The new plan proposes building one four-story multi-family building and one three-story townhome complex, reducing the number of units to about 396, Alvarado said. The development also features a pool, courtyard, dog park and greenery throughout the property.

The multi-family housing building would be composed of three-bedroom, two-bedroom, one-bedroom and studio apartments, Alvarado said. The exact costs of the units have not been determined yet, he said.

Alvarado told neighbors of the proposed development during a June 9 tour that a percentage of the units would be affordable in keeping with City of Englewood requirements. However, in a July 21 email, Workman backed away from that claim, noting that "there is no requirement from Englewood for affordable housing" and that "it has always been our goal to provide housing that is 'market rate.'"

Workman noted that the developer would work with the city in the event of any affordability requirements as the approval process goes forward.

The average cost of rent for apartments in Englewood is between $1,575 and $2,350, according to Rent.com, an online apartment search platform.

“Certainly, it’s really expensive in the metro area,” Workman said. “We want to work with Englewood and address those issues, and we’re certainly sensitive to that. We want to be able to be workforce housing.”

To be able to develop the proposed buildings, the developers have to submit a planned unit development application to facilitate a rezoning of the property and a “major plat application” to combine the separate lots and dedicate a right-of-way along West Oxford Avenue, according to a letter sent to residents living near the property in March.

Jasper Vue, the director of community outreach for The Pachner Company, said in an email that the development team submitted its development plan to Englewood’s Community Development Department, which oversees planning, zoning and other development initiatives, on April 8.

Vue said that from the plan submission, the team typically will receive referral comments from other city departments and agencies, such as Englewood's planning and traffic divisions.

The team is planning to resubmit the plan, addressing all referral comments, on July 29, Vue said. Alvarado said the team has to submit a minimum of two plans and a maximum of three.

Following these plan submissions, the planned unit development application will be reviewed by the planning and zoning commission, which will then offer a recommendation to city council. City council has the authority to approve or deny the application.

The community engagement team for the project also plans to host a community meeting for residents in the middle of August, Vue said.

If everything goes smoothly, Alvarado said the team could probably get rezoning and site approval around November or December this year and have a groundbreaking in the summer of 2023. 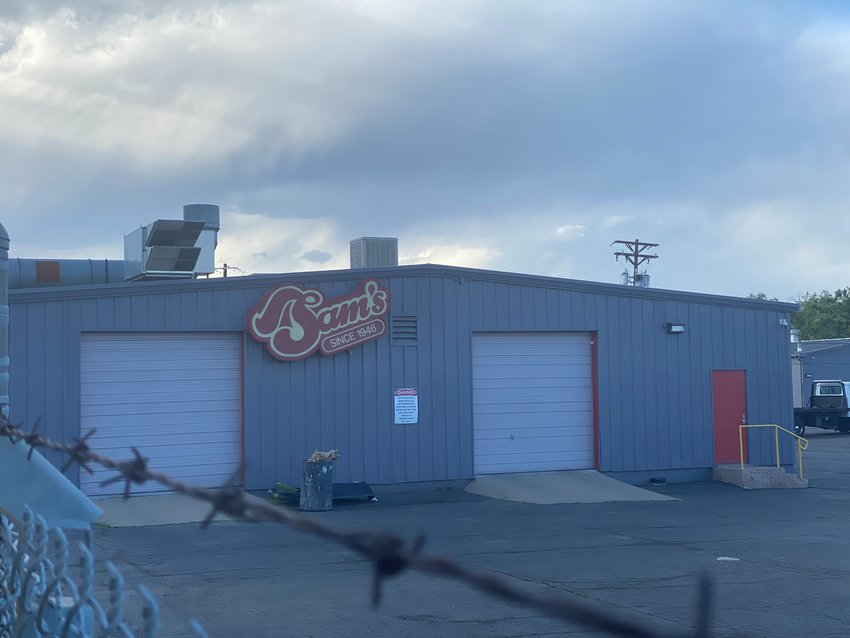 Residents voice concerns about traffic, other nearby projects

Determining the timeline of the project was one of the main concerns of Steve Petsch, who has worked at Sam’s Automotive for about 13 years. He was among about eight residents who attended the development’s latest community outreach meeting, held at the corner of South Lipan Street and West Quincy Avenue, on June 9.

“I’m just trying to figure out how long I got a job,” he said. “Trying to make a plan on life at this point in time — a little too old and a little too young.”

Alvarado said the property has not yet been purchased. The plan depends on a willing sale of the property to the developers and does not involve eminent domain.

“We’ve got a closing date contingent upon these things happening and being able to move forward,” Alvarado said. He said that at the time of closing, businesses would have between 60 and 90 days to vacate the property.

Two other primary concerns that residents spoke of were limited parking and an increase in traffic. There are already issues with people parking on residential streets in the area and traffic congestion, they said. Many said they are worried that the influx of people with this development, in combination with the nearby five-story Navajo apartments development at 4201 S. Navajo St., will worsen the issues.

To address parking, Alvarado said the developers plan to create about 640 parking spaces and that there would be enough parking for residents and guests to park within the property. There would be surface parking, a covered parking garage for residents to self-park, and the townhomes would also have parking garages for self-parking. The average cars per unit is 1.7 to 1.8, he said.

There will also be three entrances to the property along West Oxford Avenue, South Navajo Street and West Quincy Avenue, Alvarado said. Parking will also be private, and there will be security and management to monitor parking.

The developers have also looked into the impact the project may have on traffic.

The results of the traffic study said that the development of the property will not worsen traffic, Alvarado said.

“We understand that it’s already pretty tight. We totally get that,” Alvarado said. “We’ve built a lot of projects in Denver, and you know, this isn’t the first time that we’ve had this type of a situation.”

By Tayler Shaw
The Oxford Station Apartments building, located at 4101 S. Navajo St., is across the street from Sam's Automotive Reconditioning Center. The fence surrounding the automotive lot shows part of the area that Embrey Partners wants to develop. The street shown is South Navajo Street.

Alvarado said the developers are working closely with the city to consider ways to reduce traffic, such as widening a couple of street lanes as well as improving traffic signaling. Specifically, Kibbee said the team is recommending improvements for the traffic signal at West Oxford Avenue and South Navajo Street. Another item under consideration is removing the wall along South Navajo Street near Sam’s Automotive and placing another lane there, Kibbee said.

“We’re trying to do everything we can within our power,” Alvarado said. “If our residents aren’t happy, and you’re not happy, obviously, everybody’s not happy.”

Workman said the developers want to continue to address some of the issues brought up by attendees. He asked that residents reach out to the community engagement team if they have any questions.

“I know change is hard, if you’ve lived here forever,” he said. “This area, like everywhere in Denver, is changing.”

At the same time, Workman said the movement of younger people to the area is really exciting, and that the development could help “reinvigorate this whole area.”

Those interested in contacting the community engagement team about this development can email Phil Workman at: phil@thepachnercompany.com.