Gun deaths, rates of gun deaths and gun sales in Colorado have increased since 2012

In recognition of 10 years passing since the Aurora theater shooting, Congressman Jason Crow, state Rep. Tom Sullivan, a survivor of the theater shooting and a gun reform activist discussed the need …

Gun deaths, rates of gun deaths and gun sales in Colorado have increased since 2012

Twelve crosses were placed on the ground at the midnight vigil on July 20, 2022, recognizing the 12 people killed in the Aurora theater shooting 10 years prior.
By Tayler Shaw
Posted Sunday, July 24, 2022 6:40 pm
Tayler Shaw
tshaw@coloradocommunitymedia.com

In recognition of 10 years passing since the Aurora theater shooting, Congressman Jason Crow, state Rep. Tom Sullivan, a survivor of the theater shooting and a gun reform activist discussed the need for change during a July 19 virtual conference.

Twelve people were killed and 70 others were injured in the Aurora movie theater shooting on July 20, 2012. One of the victims was Sullivan’s son, Alex, who had attended the movie with some friends to celebrate his 27th birthday.

“Tomorrow would be the day my son, Alex, would be turning 37,” Sullivan said. “This is a tough day. Knew it was coming — I hope that all of the other survivors and victims have the ability to get through the day. We’re all in this together.”

Sullivan, a Centennial resident and Democrat who represents Colorado House District 37, said while his daughter, wife and mom would be at the midnight vigil held July 20 in honor of those impacted by the shooting, he would be at home, babysitting his granddaughter, Molly, who will never get to meet her uncle.

“I’ll probably be telling her some stories about him as we set through the night,” he said. 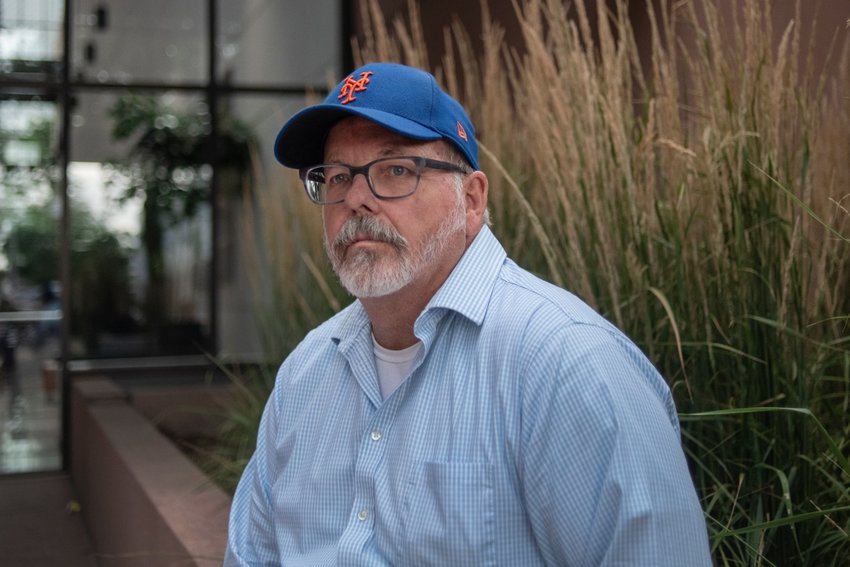 Tom Sullivan, a Centennial resident and Democrat who represents Colorado House District 37. Sullivan’s son, Alex, was one of the victims of the Aurora theater shooting in 2012.

A survivor of the theater shooting, Jenalise Long, recounted her experience, saying it feels like the shooting happened just yesterday.

“My heart stays with the victims and families, as I know it really never does get easier. The day of the shooting in my head quite frequently, almost daily,” Long said.

Long was in the Air Force at the time and had been stationed in Colorado for just a few months, she said. New friends invited her to go to see “The Dark Knight Rises” in the Aurora Century 16 theater, a last-minute decision. They were sitting in the fifth row of the theater.

Shortly after the movie began, Long said she saw a man walk in the emergency exit door. He was covered in what she later found out was tactical gear.

“I didn’t think anything of it until something flew over my head. I recognized the smell from basic training — it was tear gas,” Long said. “We dropped to the ground and heard gunfire. We crawled out of the theater and were only not undercover for a couple of seconds. Our last-minute seating and decision making and military training is what saved our lives.”

Video courtesy of Jason Crow's office
Jenalise Long, a survivor of the 2012 Aurora theater shooting, shares her experience that night.

Long now works with the Aurora Veterans Affairs Commission, the nonprofit Pull Your Heart Out and the nonprofit Colorado Resilient-Life Center.

She is an advocate for gun reform and called the recently passed Bipartisan Safer Communities Act pivotal. She said it identifies the largest concerns of many veterans: the accessibility of mental health resources and implementing more enhanced review processes for gun procurement.

In June, President Biden signed the bill into law, making it the first major federal gun safety legislation passed in about 30 years. Some of its provisions include expanding mental health services, enhancing background checks for people under 21 and investing $250 million in funding for community-based violence prevention initiatives, according to a news release from Crow’s office.

As gun deaths have increased since 2012, Crow calls the bill’s passage a ‘first step’

Crow, a Centennial resident and Colorado Democrat who represents Colorado’s 6th Congressional District, was among those who voted in support of the bill. He said early on, he dedicated his time in Congress to address gun violence through advocating for efforts like assault weapons bans, red flag laws and background checks.

The Colorado Sun reported that gun deaths, the rates of gun deaths and gun sales in Colorado have increased since 2012.

Data released by the Centers for Disease Control and Prevention also shows that in 2020, firearm-related injuries became the leading cause of death among those aged 1 to 19, according to The New England Journal of Medicine. Previously, motor vehicle crashes were the leading cause.

“I have the terrible duty of recognizing and mourning with our community over too many terrible anniversaries. Our community has borne its disproportionate burden of gun violence,” Crow said. “We live in a community that’s been scarred and traumatized on a massive scale.” 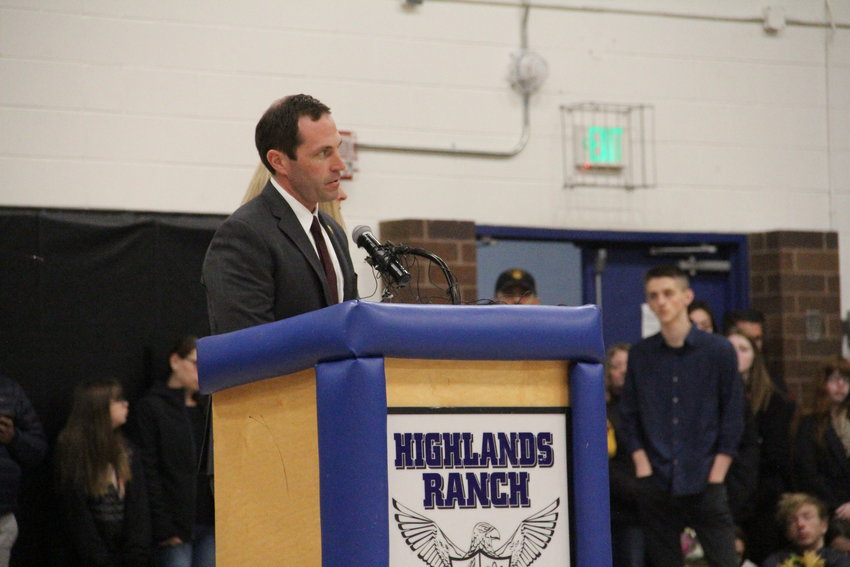 Jayla Hemphill, who represents both Colorado and Pennsylvania on the National Advisory Board for Students Demand Action, a national initiative of young activists advocating for gun reform, said the legislation is incredibly important.

“Alongside the right to live is the right to bear arms — a right that should also be upheld. We can protect that right and we can protect people, and that is unmistakably what this legislation acts to do,” Hemphill said.

Crow said this legislation is the first step, not the last, and there is much more to be done.

To continue passing gun reform legislation, Hemphill said, “It’s the power of the vote that moves us forward and really propels this message that we’re trying to convey.”

Sullivan agreed, saying a person like himself would not have gotten elected 10 years ago.

“It was your votes that got me elected twice. That beat back a recall against me,” Sullivan said. “So, your votes are working. Continue to vote and let your representatives know what you want them to do, by calling them, emailing them, texting them — whatever it takes.”

In his time in office, Sullivan has helped lead gun reform efforts such as sponsoring the 2019 Extreme Risk Protection Orders bill, also referred to as “red flag laws,” and the 2021 bill that established the Office of Gun Violence Prevention. He plans to continue gun reform work in the next legislative session.

“Here in the state of Colorado, we had legislation that didn’t get introduced, to raise the minimum age of the purchase of assault-style weapons from 18 to 21. The plan is for us to bring that forward,” Sullivan said.

The recent mass shootings in Buffalo, New York, and Uvalde, Texas, were both committed by 18-year-olds.

Video courtesy of Jason Crow's office. Edited by Tayler Shaw.
Jenalise Long and Jayla Hemphill respond to a question about how it feels to see mass shootings continue to occur over the past decade.

Crow concluded the conference by thanking Sullivan, Long and Hemphill for their leadership efforts and sharing their stories.

“This is a tragic anniversary, and we will continue to push hard on this to make sure that the losses of our loved ones…are not in vain, and that we prevent other people from having to go through the same,” Crow said.